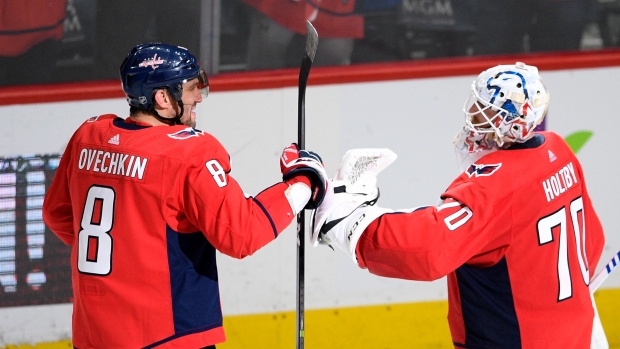 These are uncertain times for all, including the best hockey players on the planet.

But some of hockey’s superstars have put their heads together, continuing to privately brainstorm a way for the National Hockey League to achieve some degree of certainty as to when the game will return.

Like you, they have seen reports from health experts that it may take until July or August for enough people to recover and build immunity to the COVID-19 pandemic.

Hoping to resume play in May or early June seems overly optimistic.

So, this group of players has concocted an unofficial proposal: Let’s take a step back and chart out a return to the ice in late July. It’s an idea that has pinged back and forth in text messages among a small subsection of some of the league’s players, where it has gained traction and support.

The plan would be to open training camps in early July.

Players aren’t fond of the idea of jumping right into the playoffs, so one idea is to begin a truncated conclusion to the regular season that wraps up by the end of July.

That would give teams with an unequal number of games played a chance to make their final cases for the postseason, while also providing “warm-up” contests for teams firmly in playoff position.

Then a two-month sprint for Lord Stanley would begin in August, with the Stanley Cup awarded by the end of September.

A three- to four-week transition period would follow in October with the draft, free agency and training camps.

Then the full 2020-21 regular season – a condensed, 82-game schedule – would commence in November with the Stanley Cup awarded again in late June, 2021.

The majority of players who have been presented with the proposal are in favour. It is now making its way to the NHL Players’ Association and then potentially to the NHL.

The belief is the NHL would certainly consider and take any proposal made by players. The league isn’t in a position to be closing the door on any idea at this point.

In fact, colleague Pierre LeBrun reported that one governor independently pitched the NHL on a similar proposal.

The two biggest concerns from the NHL’s point of view will be broadcast network availability (NBC has exclusive rights to the Tokyo Olympics in the U.S. from July 24 - Aug. 6) and arena availability.

Yes, there are also questions to be asked about the length of time out of action (August through November) for teams that don’t qualify for the playoffs in this proposal. Or about whether the time off during the transition period is enough for the two teams that go the distance. Or about how pending free agents will be protected during an unusual circumstance.

But the players’ plan seems to check a lot of boxes.

1) This plan allows players and teams time to properly prepare, taking stress off athletes who feel the pull to continue to train at a time that it is not safe to congregate at the rink. It also allows for a defined “off-season” which would be March through June.

2) Waiting would minimize the possibility of the NHL returning in fits and starts – for instance, if the NHL attempted to return in May or June and then a player or team staff member tested positive for COVID-19 during that process.

3) A July return would allow the NHL to properly market hockey’s return and maximize revenue to be recouped, since hockey could likely then be played in full arenas. NHL players aren’t keen on the idea of being awarded the Stanley Cup in an empty rink. But this would also give players and teams two runs at Lord Stanley inside 10 months.

4) Perhaps most significantly, this schedule would seem to preserve the integrity of the Stanley Cup. That is what NHL commissioner Gary Bettman mentioned in an interview on TSN 1050 Radio on Monday.

“The most important thing will be, if we come back, that the tournament or the competition that we put on has integrity and does justice to the history and tradition of the Stanley Cup,” Bettman said.

Bettman said the NHL is “looking at every option.”

“Frankly, there’s way too much speculation,” Bettman said. “We don’t like to talk about things that we’re just thinking about, but we are thinking about everything. But yes, everything is on the table.”

This isn’t speculation, this is what the NHL’s best and brightest players are actually talking about.

Awarding the Stanley Cup in September would be strange. But annual rites of spring will likely be moved to the fall. The Kentucky Derby has been moved to Sept. 5 and the Masters will likely soon follow. It’s going to take a lot of creativity and flexibility to come up with a plan in this imperfect world.

This idea from an invested group of players might mark the germination of the NHL’s best bet.