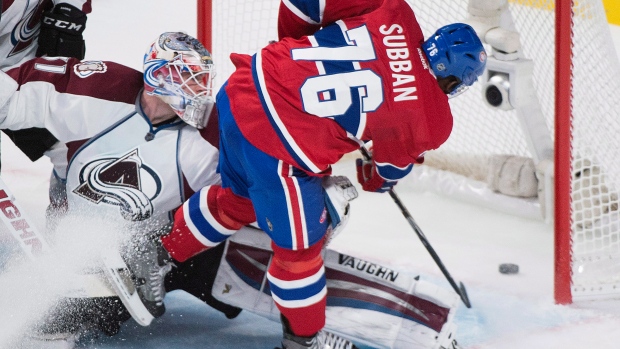 The NHL Play of the Year showdown continues today with a couple players embarking on solo missions.

Kesler scores on a stellar shorthanded effort as he slithers between a pair of Arizona Coyotes and then snaps the puck past Mike Smith, all with Sam Gagner basically hanging off his back.

Subban displayed his ability to go around the world to a capacity Bell Centre crowd and made the Colorado Avalanche defence look silly. The 25-year-old blueliner chased down the puck in Avs' corner before embarking on a seemingly effortless skate around the net. Then, with no defenders in sight, Subban squared up against goaltender Calvin Pickard and undressed him with a beautiful deke before scoring.

You can watch the highlights and make your decision -- here -- (http://poy.tsn.ca). Every vote counts, so watch all the plays and take part in the TSN.ca Play of the Year Showdown. Voting runs from 7pm to 4pm every day. Let us know who you voted for via Twitter, Facebook and Hubub.