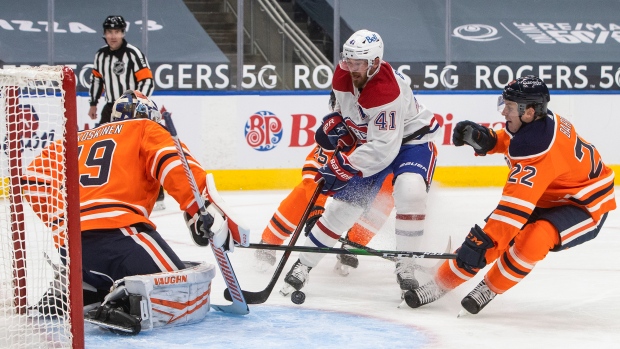 If only, Winnipeg Jets coach Paul Maurice mused, the NHL could have it all – an all-Canadian North Division and fans in the stands.

What a bubbling cauldron that would create: endless one-anthem nights to feed frenzied fan bases with rivalries that feel like more than just key divisional points are on the line.

"The idea is wholly selfish … We have our own little tiny league here,” Maurice said Monday, before Winnipeg visited Toronto. “We’re not crossing the border, not going all over the place.

“It would be fantastic.”

Alas, Maurice will be hard-pressed to get his wish. A permanent all-Canadian division is not feasible – not over an 82-game campaign. The rest of the hockey world (and paying rights holders) in the United States should get variety and the opportunity to see Connor McDavid and Auston Matthews, just as much as Canada should be able to have Sidney Crosby and Nathan MacKinnon come home to play.

But the NHL may be on to something with the wildly popular North Division.

NHL deputy commissioner Bill Daly told TSN Hockey Insider Pierre LeBrun on Monday that the league has agreed to explore the results gathered from this season’s baseball-style schedule with multiple games played against the same opponent on single trips.

If that style survives into next season, it isn’t out of the realm of possibility that Eastern- and Western-based Canadian teams could face each other more often than in previous seasons, when teams from those two conferences only mixed it up twice a year – once at home and once on the road.

Because even from far and wide, all seven Canadian teams are flying fewer miles ever before with the help of this schedule format.

According to data compiled from TSN, the average Canadian team is flying 34 per cent fewer air miles this season in a division stretching from La Belle Province to the Lower Mainland.

Not only that, but the schedule’s rhythm has teams changing time zones slightly less often, even spending slightly fewer nights in hotels while playing roughly the same number of back-to-back sets. It’s music to the ears of team sport scientists who monitor the health, rest and recovery of players. There will be less wear and tear this year.

For instance, the Calgary Flames will change time zones 10 fewer times in these 56 games than they would have if last year’s schedule is pro-rated down to 56 games.

That is impressive for the NHL’s only division that spans four time zones.

No division can come close to competing with the tightly-grouped East, where five teams (three New York-area teams, Philadelphia and Washington) are within driving distance of each other, a perk teams plan to take advantage of during the pandemic. The furthest flight in that division is Buffalo to Boston at 481 miles, which is just about the same distance as Edmonton to Vancouver, one of the shorter jaunts in the North.

The average NHL team flies approximately 40,000 miles per season, according to data compiled by On The Forecheck’s Dirk Hoag. Teams also spend an average of 66 nights per season in a hotel.

This season, Canadian teams will average 44 nights in a hotel, which is just below a typical season when pro-rated down for 56 games.

There are still scheduling oddities. The Senators have the longest road trip of the season with a 13-day whopper; the Oilers, who are used to long and meandering trips, do not have one longer than eight nights; and somehow the Maple Leafs will log more miles than the Jets with five trips out west.

Then again, the Jets will close with three games in three different cities for a decidedly unbaseball-like end to their regular-season schedule.

It’s not perfect, but it’s perfect for this season.

“All of the excitement that goes into it, the scrutiny, the pressure. Full buildings and a Canadian division? Now I’m just daydreaming,” Maurice said. “In our small little hockey world, this is an unbelievably cool event and I’m really glad I’m in Canada when it happened.”