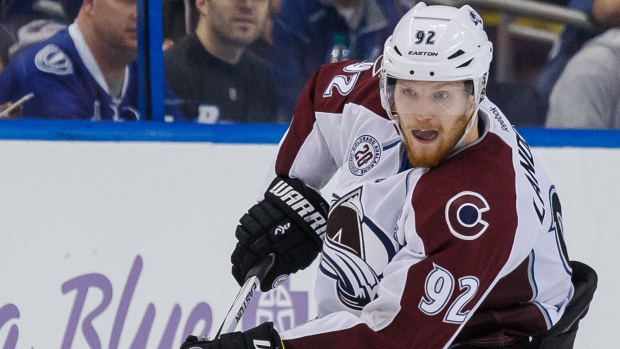 Colorado Avalanche forward Gabriel Landeskog has been suspended two games by NHL’s Department of Player Safety for an illegal check to the head of Boston Bruins forward Brad Marchand.

The incident occurred in the second period of Thursday’s 3-2 victory by the Avalanche.  Landeskog received a match penalty for illegal hit to the head after he hit Marchand coming across the ice following a shot on goal by the Bruins player.

Marchand was given a minor penalty on the play for sucker punching the Avalanche forward after the hit, he has been fined $5000 for the retaliation.