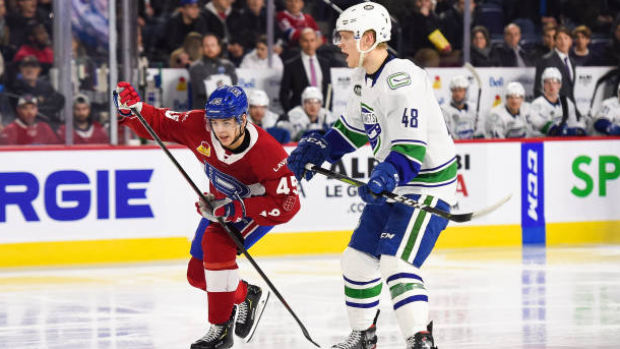 These past few weeks weren’t how David Andrews envisioned winding down his 26th and final season at the helm of the American Hockey League as president and CEO.

Especially having to announce on Monday that the Calder Cup would not be awarded for the first time in the 83-year history of the league. The AHL playoffs were a constant on the pro hockey calendar, taking place through the Second World War and a cancelled NHL season in 2004-05.

“To be honest, I’ve been so busy every day working with our teams and partners that I haven’t even really had time to think about [my exit],” Andrews said Monday.

Andrews said the AHL has instead been focused on contingency planning for the 2020-21 season, ahead of former Columbus Blue Jackets GM Scott Howson taking over as CEO on July 1.

“We’re actively building our 2020-21 schedule using the typical October to April timeframe. We hope to put that on the board by mid-July,” Andrews said. “But we’re also modelling later starts in November, December and January with shorter schedules so we can go to the teams with models.”

That is the key question every NHL team is asking: What happens if the AHL is not ready to begin the 2020-21 season?

While the NHL may be willing to play without fans in the building, the AHL simply does not have a viable source of external revenue streams for franchises to operate without the gate produced by ticket sales, concessions, parking and merchandise.

Even if NHL teams roster 30 players instead of the usual maximum of 23, a likely target given the ongoing pandemic and health concerns, teams still want to know where and how the rest of their prospects will continue to develop.

“It’s solely been speculation at this time, but I think we’re all contemplating alternative competitive formats that might be a potential workaround for a limit period of time until the AHL could start up again,” said John Ferguson Jr., the Boston Bruins assistant GM who serves as general manager of the AHL’s Providence Bruins.

Ferguson suggested that with Providence located within a two-hour drive of three other AHL clubs in Springfield, Hartford and Bridgeport, a mini-circuit of games or scrimmages could be arranged with limited travel involved and no need for stays in hotels.

Since so much of the COVID-19 restart plans have been local, Andrews said the AHL “must be prepared to support an earlier start to the season for some teams” and the league would have to figure out how to conduct “meaningful play” for every team.

“All of that is in play,” Andrews said. “We have a task force in place with NHL GMs, AHL managers, league partners, all of whom will come together to start to answer some of those questions. We’re hoping that we’re not delayed enough to need some of those measures, but there is so much uncertainty – even for the NHL.”

Player development is a big issue, Andrews said, but so is business development. That’s where Andrews’ – and soon Howson’s – job gets tricky.

Just as the AHL teams in the west would be bothered by the geographic flexibility the northeast allows, the business operations of each franchise vary greatly.

In other words, half of the league may see starting up, and the costs associated, differently.

“We’ve been working around those different motivations for a long time,” Andrews said. “Both have plenty of input. But given the nature of this situation, greater flexibility may be required of some of those groups.”

Andrews said it would not be fair to assume that an NHL-owned AHL team may be willing to bankroll the start of an AHL season without fans in the building. Not every NHL team is willing to expend resources to keep that operation afloat.

The ECHL, the next rung down the development ladder from the AHL, could be facing even more dire financial straits without the direct backing of NHL money.

That means the NHL clubs could have a slew of prospects on their hands from both the AHL and ECHL level, potentially without a place to park them at least to start the season, at a time when the NCAA and junior ranks will likely also be in flux.

“There are so many factors to consider,” Ferguson Jr. said. “I’m hoping that we won’t have to consider them, because something like this could even impair the competitive balance in the NHL when it comes to developing players. It’s something all teams take seriously.”

Ferguson Jr. marvelled at how fast the AHL season broke down. Providence had won 12 straight games leading up to the pause on March 12.

“Then 48 hours later we were talking about taking the ice out of Dunkin’ Donuts Center,” he said.

The bet is that Andrews’ tireless effort, even in his final days at the helm, will put the NHL’s top development league is a strong position to resume - whenever and however that happens.