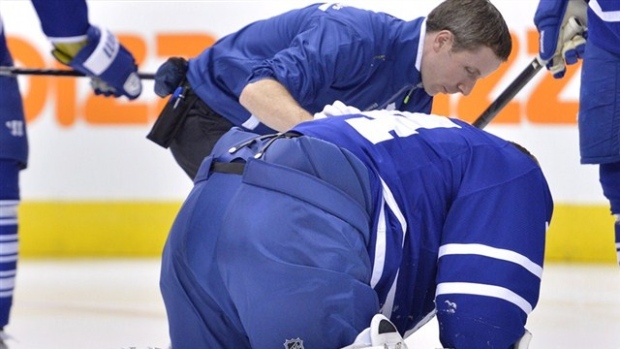 For the first time since the NHL’s new concussion protocol was instituted in 2011, the league will place independent “spotters” in all 30 arenas for the upcoming season.

The purpose of the “concussion spotters” is to determine players who might require further evaluation for concussion after an obvious hit to the head or display of apparent symptoms.

Concussions spotters have operated anonymously for years, paid for by teams, but their work has come under scrutiny since obviously impacted players are not consistently sent to the locker room to be examined by a physician.

Some players, particularly star players in important moments of games, were simply checked on the bench by a trainer rather than removed to a “quiet room” for a more in-depth look. According to the league protocol, all players are required to be sent to the locker room for examination after an obvious blow to the head, regardless of time of game, situation or magnitude of the player.

This season, teams may opt to continue using spotters on their payroll who will have a direct line of communication to the bench, but they may instead opt to use the new independent spotters hired by the league.

These new independent spotters will keep a log of all possible injuries and apparent blows to the head, which could ultimately be compared to the log from the team-affiliated spotters after the season. NHL concussion spotters do not have to be physicians. It’s unclear what kind of training is required to qualify for the position.

A transition to fully independent spotters could be in the works in the future, to ensure that the concussion protocol is uniformly enforced league-wide. Players are supposed to be sent to a quiet place, free from the distractions, bright lights and noises of the game, so a thorough concussion test can be performed by a team physician prior to returning to the game.

Like the NFL, the NHL’s concussion spotters do have the ability to have a player removed from a game, but the spotter would have to indicate that a player exhibits three clearly visible concussion symptoms.

Last week, the New Jersey Devils announced the premature end of forward Ryane Clowe’s career due to concussion-related symptoms. Clowe, 32, has three years remaining on his five-year, $24.25 million deal with the Devils - and appeared in just 56 games over his first two seasons with the club because of concussion issues.

The NHL is currently defending itself against a class-action lawsuit from more than 80 former players in Minnesota, led by Mike Peluso, Bob Bourne, and Bernie Nicholls, alleging the league did not properly disclose to players that repeated blows to the head could result in long-term brain damage.