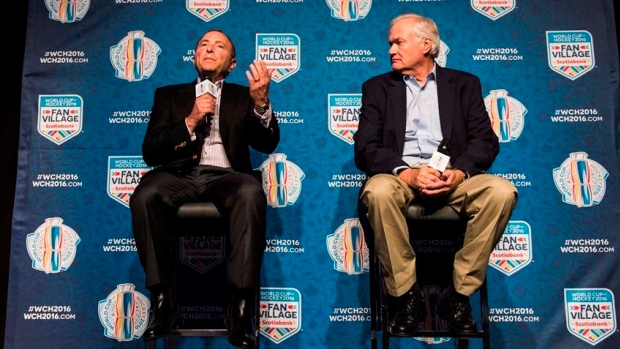 The NHL checked another box in its return to play process on Friday.

That’s because the NHL Players' Association’s executive board voted on Friday to authorize further negotiations with the NHL on the proposed 24-team format to award the Stanley Cup in 2020.

In other words, the NHLPA’s executive board approved the 24-team format, according to sources.

But several details “remain to be negotiated” and an agreement on the format would “still be subject to the parties reaching agreement on all issues relevant to resuming play,” according to a statement released by the NHLPA.

At least 18 affirmative votes were required from representatives of the 31 teams.

The details of the 24-team proposal were circulated on Thursday, including a round-robin format for the top four teams in each conference to go along with eight play-in series to determine the 16 playoff participants.
There were varying views expressed on the NHLPA’s membership-wide conference call on Thursday night.

According to sources, designated player representatives from at least six or seven teams asked to discuss the matters internally with their teammates on Friday before casting a vote.
After sleeping on it, the resulting ballots gave NHLPA executive director Donald Fehr more than enough votes to continue on in the negotiation process with the current 24-team format on Friday.

Many critical details still need to be ironed out.

The NHL and NHLPA have not yet negotiated a timeline to return to play; health and safety protocols for players and teams when play resumes; how family members will be included in the hub city sites; and perhaps most importantly, the economic implications stemming from the COVID-19 pandemic.
The NHL and the NHLPA are jointly on the hook for up to $1.15 billion in lost revenue if the season does not resume. Some players have expressed frustration in the fact that a 24-team format was brought to a vote before financials were broached.

Other players advocated for a defined timeline before the format was agreed upon, some hoping for a firm date - perhaps in late August - to return to the ice, which would then allow for the playoffs to be completed in September and October before the 2020-21 campaign would begin in December.

All of that is still up for debate.

At least now, there is a format in place on which teams will return and how the playoffs will proceed.
The NHL is expected to make a formal announcement on the format and details in the coming days, after being notified of the NHLPA’s decision on Friday evening.