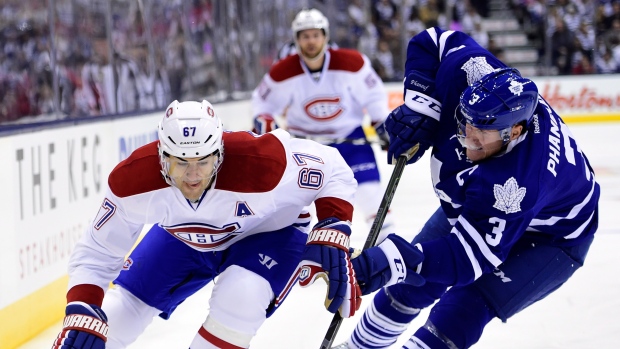 LAS VEGAS — Chalk it up as a win for the NHL Players' Association.

Two weeks after the joint NHL-NHLPA competition committee met in New York, the Players' Association held firm on its push for the NHL to jump directly to a five-minute overtime featuring 3-on-3 play.

The original recommendation from the NHL was to follow the AHL's model of a 4-on-4 overtime which is not only two minutes longer, but slides to 3-on-3 after three minutes of play. The AHL was able to decide approximately 75 per cent of its games last season which went past regulation without the need for a shootout, up from 35.3 per cent in 2013-14.

The NHL's general managers relented on Tuesday during their meeting, recommending a change to 3-on-3 for next season. That rule change is expected to be formally approved by the Board of Governors when they meet here on Wednesday.

The Board of Governors will likely also rubber-stamp the addition of a coach’s challenge for offside and goaltender interference calls.

"Our managers were willing to accept 3-on-3, hoping that it will bring more results in overtime than we've got right now," NHL senior vice president of hockey operations Colin Campbell said. "I'm not sure. It will be interesting to see what the coaches do with it."

Last season, approximately 45 per cent of the games extended beyond regulation were decided in overtime.

Desperate for a change, the NHL wasn't keen on approving an untested rule change for next season, particularly after hybrid icing was met with mixed results following a short preseason proving period. But the belief is the NHLPA pushed for either full 3-on-3, or no overtime change at all for next season.

"From a hockey operations point of view, there was (hesitancy)," Campbell said. "That's why we try things in the American Hockey League for over 1,100 games - to find out what kind of certainty we would have. It's the closest league we can do things in.

"But some of our managers and the (NHLPA) were concerned about limiting (to) five minutes with 3-on-3."

Without any historical data to go on, it's tough to tell how many games will be decided by 3-on-3 play. Only 18 goals have been scored at 3-on-3 strength in the NHL since 1997 - and there have been just three since 2009.

The last NHL goal scored at 3-on-3 even strength was by Edmonton's Andrew Ference in overtime against Anaheim on March 28, 2014. He needed just one minute and 18 seconds at 3-on-3 to net the winner.

Detroit Red Wings general manager Ken Holland, who has long championed the NHL moving away from shootouts, said the new target is for 66 to 75 per cent of overtime games be decided by 3-on-3.

There will be nuances, for sure, including some coaches instructing a passive system to cut down on breakdowns, as well as highly aggressive plans to attack. Plus, there will still be the occasional power play. If a penalty is called during overtime, the penalized time will skate at a 4-on-3 disadvantage, not 3-on-2.

"It's exciting. It's wide open. There's more room," Calgary GM Brad Treliving said, one of the clear proponents for a direct move to 3-on-3 play. "I think the coaches will quickly adapt and find ways to manipulate it. I'm all for games being decided by team play."

Frank Seravalli joins TSN.ca this week from the Philadelphia Daily News, where he covered the Flyers for the last six seasons. He can be reached at frank.seravalli@bellmedia.ca.