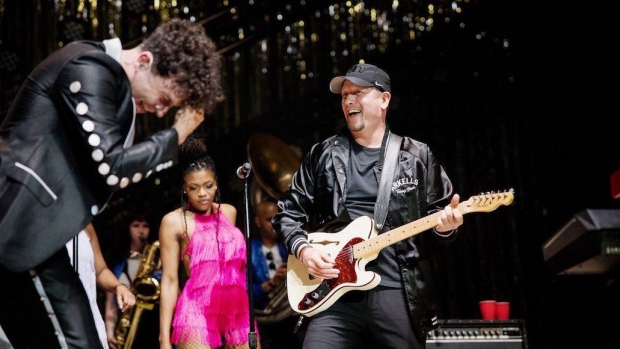 Nick Nurse performing with Arkells in 2019

You do NOT want to miss this! @Original_NPG x @Raptors Nick Nurse this Sunday. 🙌 https://t.co/FujL0T9Ima

Nurse is known for his interest in music, previously performing with Canadian rock band the Arkells at Budweiser Stage in 2019.

The New Power Generation will perform Prince’s chart-topping hits during the festival. They were his backing band from 1990 to 2013. In 2015, they reunited with the icon to produce Hit n Run Phase Two, the artist’s final album before his death. After his passing, they became the house band to perform official tributes put on by the Prince Estate.

The TD Toronto Jazz Festival kicks off this Friday. The festival runs from June 24 to July 3 and includes free performances as well as ticketed ones.

Fans hoping to see Nurse perform can do so free of charge on June 26 at 8:45 p.m. on the TD Main Stage located in The Block area of the festival.