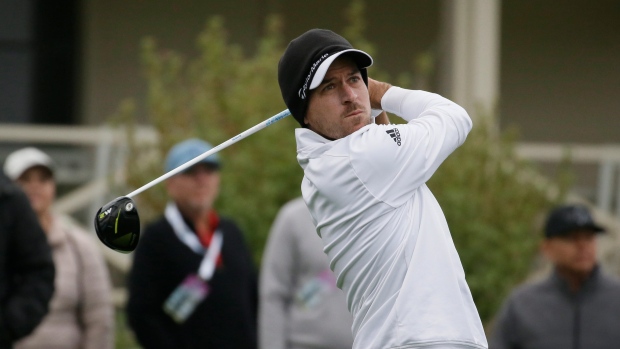 Nick Taylor is 18 holes away from his second victory on the PGA Tour. All that stands between him and a win is 18 holes on one of golf’s most iconic golf courses and a guy with 44 PGA Tour wins.

While some might feel the odds might not be in his favour, Taylor is more than capable of posting a solid round and smarter than most when it comes to understanding what’s in store for him on Sunday at Pebble Beach and the AT&T Pro-Am when he’ll tee off with Phil Mickelson.

On Saturday, Taylor stumbled from the gate with bogeys on two of his first four holes before righting the ship and adding three birdies and eagle coming in. The result is a one-shot lead over Mickelson.

“If I end up playing with Phil, I'm sure I won't be the crowd favourite,” said Taylor before Mickelson finished his round to punch his ticket in the final pairing, “[I] just got to keep my head down, do my thing and keep playing, because I've been playing well.”

Indeed he has. The 31-year-old has led after each of the first three rounds and each time it seemed as if his game would fly off the rails, he corrected and finished strong.

Saturday was no exception.

It might have been easy to get anxious, to push and try to force matters, seeing a lead slip away. A younger Taylor may have panicked but his experience, talent and maturity combined to guide his game.

“I feel like I had to remind myself a couple times that it's fine, just give myself some opportunities and try and make some putts,” he said.

That happened with a birdie on his eighth hole (the 17th) and then another birdie on the second hole. A bomb went in on par-3 fifth and a tremendous three-wood on the seventh led to an eagle.

It all added up to a 69, his third consecutive round in the 60s. This one came on Spyglass Hill Golf Course, one of three layouts used in the tournament.

Sunday won’t be entirely new territory for Taylor, who was ranked as the No. 1 amateur golfer in the world back in 2009. But being in contention hasn’t come as often as he would have liked during his six years on the PGA Tour. Still, he hopes to draw on experiences from his lone win back in 2014 at the Sanderson Farms Championship.

“I can draw back on Sanderson for a lot of that final round, maybe the back nine and do that,” he said. “But I'll just be trying to do my own thing and not pay attention to anybody else I'm playing with.”

This week has been building for a while for Taylor. He’s been solid off the tee, hitting 32 of 41 fairways over the three courses. It should be noted, this is being done with a TaylorMade M2 driver, which is four generations old.

But his putter has been the best tool in his kit and not surprisingly, he’s tied for second in flatstick prowess in the field.

“I definitely putted well this week,” he said, “which I think if you talk to anybody who has had average weeks then all of a sudden in contention to win, that's usually a big reason. I've been driving it well for a long time. And this course being a hair shorter, I think it just suits my game a little bit better.”

That course is Pebble Beach, which Taylor lists among his favourite. The fact that it’s an iconic layout with ghosts of the greats floating around is a bonus for the Canadian. So, too, is the West Coast setting, with poa annua grass and the possibility of cool, windy weather. That’s what he grew up on playing on courses in B.C.

Taylor has never played with Mickelson, who has won this tournament five times including last year. He doesn’t have the experience that the lefthander does, but that doesn’t mean he’ll fold in the heat.

The Abbotsford, B.C., product has a keen focus and perspective on his game. He won’t get over-amped, won’t be swept up by the Phil Fanatics. He’s smarter than that. Will that be enough to guide him to a victory on Sunday? Certainly he’s up for the challenge.