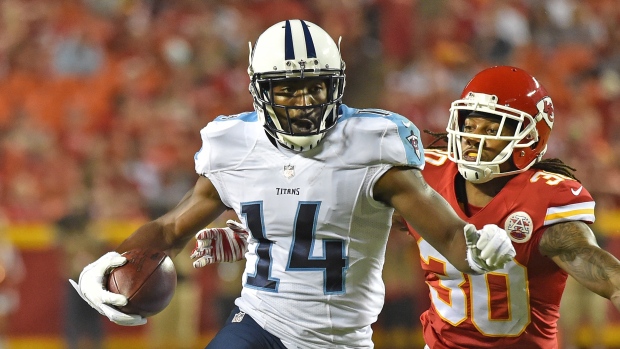 EAST RUTHERFORD, N.J. - Hakeem Nicks is back with the New York Giants.

The team announced Tuesday that its first-round draft pick in 2009 was signed to replace fellow wide receiver Victor Cruz on the roster.

Cruz, who did not play this season, was placed on injured reserve because he needs surgery on his left calf.

Nicks played last season with the Indianapolis Colts. He had 38 catches for 405 yards and four touchdowns in the regular season, and six receptions for 98 yards and a score in the playoffs.

"This is home," Nicks said. "You know what they say, 'Let a dog roam, he'll find his way home.' They left the backdoor open for me."

Nicks played five seasons with the Giants and was their leading receiver in the 2010 regular season and 2011 post-season. His five-year totals included 311 catches for 4,622 yards and 27 touchdowns. The 311 receptions and 4,622 yards are each the ninth-highest totals in Giants history.

Nicks has caught more passes (306) for more yards (4,538) from Eli Manning than any other receiver.

The Giants (5-5) have a bye this week and it will allow Nicks time to learn co-ordinator Ben McAdoo's West Coast offence, a system the Giants put in after Nicks left.

Nicks has not played this season, although he did have an earlier tryout with the Giants.

"I told myself, 'Just be patient, man, there's a lot of football left,'" Nicks said. "I knew I could help a lot of teams. I knew once November, December football came around I was going to be getting a phone call. I wanted it to be from here and it happened like this. I'm just ecstatic and happy that I'm back in the building."