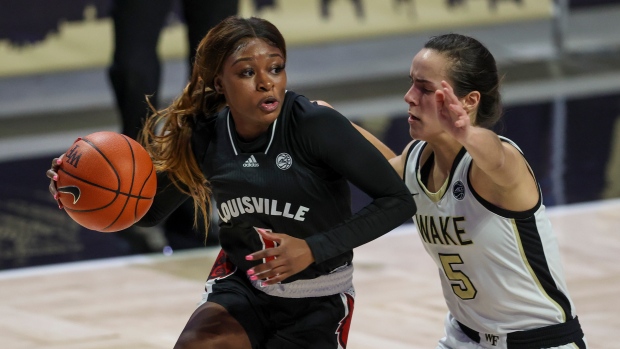 Evans’ driving shot against Gina Conti and free throw finally gave the Cardinals their winning margin. But Louisville had to survive a final shot from the Demon Deacons, with Ivana Raca missing a 3-pointer from the right at the horn that would’ve given Wake Forest its first-ever win against a No. 1-ranked opponent.

Instead, the Cardinals survived to remain unbeaten less than a week after ascending to the top spot in the AP Top 25 poll for the first time.

Evans scored 25 points for Louisville (14-0, 7-0 Atlantic Coast Conference), who trailed by nine midway through the fourth quarter before going on a 14-2 run to push back in front and set up a tense finish.

Conti scored 13 points while Raca had 12 to lead the Demon Deacons (7-6, 4-5), who erased an early nine-point deficit by getting on the boards. But they fell a couple of plays short of earning their first win against a top-ranked opponent in 11 tries.