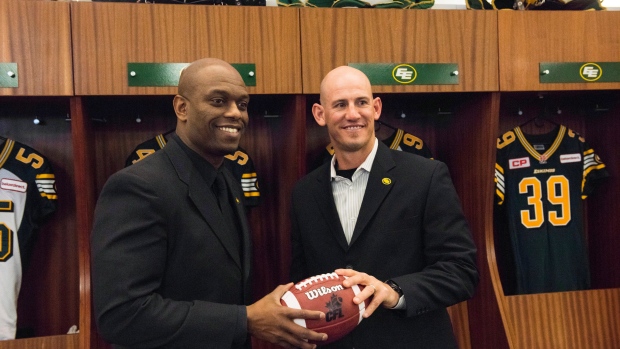 The Edmonton Eskimos will not have to compensate the Ottawa RedBlacks for hiring Jason Maas.

The Eskimos released a statement Friday after learning of the decision made by commissioner Jeffrey Orridge.

"The Edmonton Eskimos have been informed by the league office of the decision made with regard to the dispute with the Ottawa RedBlacks over the hire of Head Coach Jason Maas. Commissioner Jeffrey Orridge decided no compensation is owing to Ottawa from Edmonton. The Edmonton Eskimos consider this matter resolved and will not comment further at this time."

Maas was the RedBlacks' offensive coordinator at the time the Eskimos hired him to become their head coach. The RedBlacks were seeking compensation for Maas.