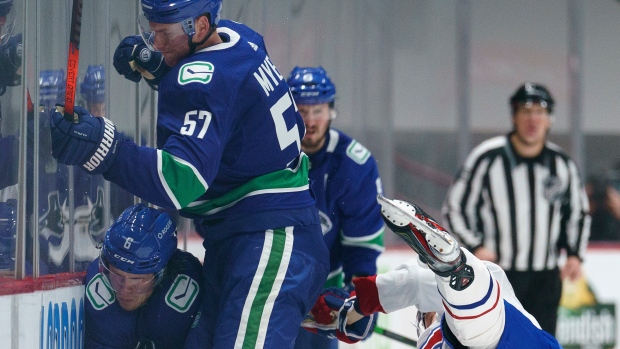 A detailed explanation from NHL Player Safety can be viewed by clicking here.

Armia sustained a concussion on the hit, which occurred in the third period of the Canadiens' 7-3 win. Myers was given a five-minute major and a game misconduct for the hit.

"It's a loss for us right now." Canadiens head coach Claude Julien said of Armia's injury. "I didn't like the hit from Myers. He didn't see it coming. It's an elbow that seemed high."

Myers, 30, has one goal and four points in six games this season, averaging 21:04 of ice time per game.

A veteran of 709 career games, Myers has served two previous three-game suspensions, but is not considered a repeat offender as his last offence came in 2014.

The Canucks will host a third straight game against the Canadiens on Saturday night.