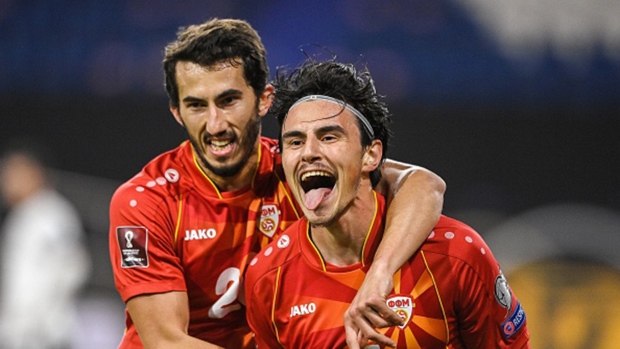 There’s no such thing as the “Iceland blueprint” because every tournament is different and no two circumstances are identical, but there could be worse teams for North Macedonia to try to emulate than the Iceland side that took Euro 2016 by storm and reached the quarter-finals.

If you’re a gambler, you can currently get North Macedonia at 500-to-1 to win the tournament right now at most betting houses. That is to say, there is no larger underdog among the 24 teams than Igor Angelovski’s side.

But there’s no reason why Goran Pandev and co. should be shrinking violets when it comes to this tournament. This is a North Macedonia team capable of giant-killing like they did in March when they stunned Germany in World Cup qualifying.

And while Austria is a heavy favourite to win on Saturday, North Macedonia knows them all too well. Austria and North Macedonia were in the same Euro qualifying group and have played each other twice over the course of qualifying. Austria claimed both matches, winning 4-1 and 2-1, respectively.

Angelovski believes that overlooking his team will done at Austria’s peril.

"We know the Austrian team very well,” Angelovski said. “Over 90 per cent of the players play in the Bundesliga, where there are really exceptional footballers. I am the coach of the Macedonian national team, and my job is to prepare the team to be in their best condition. We have no issues if people underestimate us and consider us as outsiders, but we will play our matches at the highest possible level, and it is the only thing we are focused on right now ."

Even with the sizable gulf in talent, Austria manager Franco Foda knows that North Macedonia can give his team everything it can handle.

"North Macedonia has a team that plays very well,” Foda said. “They have good individual players in their ranks, and a very united team. We all knew that this is a team that is hard to beat because they are very compact, with their 5-3-2 formation. Now, it's the EURO, and we've got to be at our best. We have to push it to the limit, but we know how our opponents play. We have solutions and we just have to apply them on the pitch."

Neither team will have a home-field advantage on Saturday with the match being played in Bucharest at Arena Nationala.