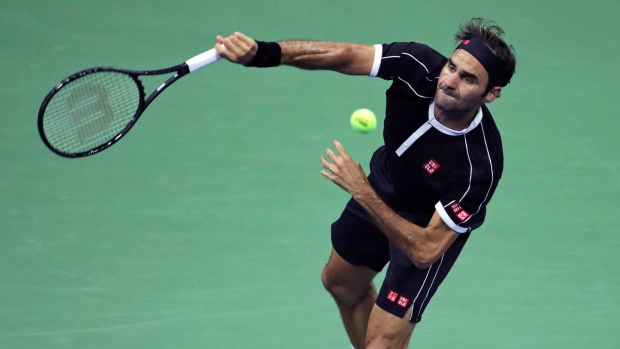 Roger Federer bounced back from a shaky start to keep a perfect record.

There were plenty of jokes in Flushing Meadows about Federer facing an opponent whose name sounded so close to longtime rival Rafael Nadal's, but Federer wasn't laughing when the 190th-ranked qualifier from India took the first set.

But Federer soon took control to avoid losing in the first round of a Grand Slam for the first time since the 2003 French Open.

Earlier in the day, top-seeded Novak Djokovic felt good enough after his workmanlike first-round victory at the U.S. Open to do a little dancing.

He then gave an on-court interview in which he acknowledged dancing in Central Park as part of his pre-match preparation. Djokovic promptly went to his bag and pulled out two rackets that he used as faux maracas while he showed off his Latin dance moves to the Arthur Ashe Stadium crowd.