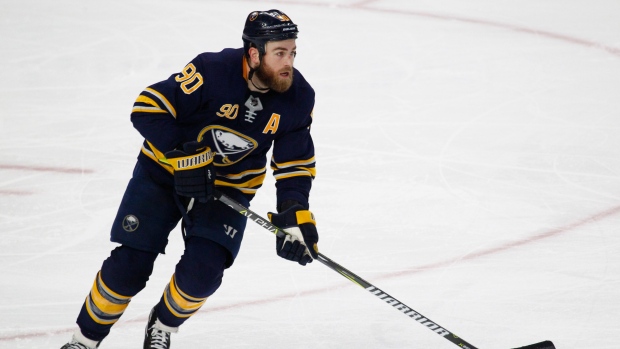 The thrill is back for Ryan O'Reilly.

A trade to the St. Louis Blues has O'Reilly excited about hockey and the future after three consecutive losing seasons with the Buffalo Sabres had him talking about losing his love for the game. Now the 27-year-old centre is itching to get back on the ice and help the Blues reach the playoffs, even if that adventure doesn't begin in earnest for a couple of months.

"I feel like I have a spark in me now," O'Reilly said Monday on a conference call. "There's something different. It's interesting how it happened, but I'm happy, I'm excited and I don't regret anything that's happened."

O'Reilly said on Buffalo's locker cleanout day that the Sabres had adopted a mentality of "being OK with losing" and he believed it crept into their game. He stood by those comments Monday, thanked Buffalo and expressed happiness at moving on to start what he hopes will be a winning chapter of his life.

When the Avalanche traded O'Reilly to the Sabres at the 2015 draft and he signed a $52.5 million, seven-year contract, the expectation was to be the central figure. With St. Louis, he joins an already-established core of Brayden Schenn, Jaden Schwartz, Vladimir Tarasenko, Colton Parayko and captain Alex Pietrangelo.

"My first year in Buffalo, I was really trying to feel things out, and being kind of young at that time, getting that contract, I don't think I kind of got a hold of the situation as best I could have," O'Reilly said. "I don't think I was ready for that situation as best as possible. But I think going to St. Louis with all the kinds of things in play, the veterans that they have there, that it's something that's easier to kind of jump into."

St. Louis general manager Doug Armstrong hopes a change of scenery benefits O'Reilly, who put up between 55 and 65 points in each of the past four seasons.

O'Reilly hopes his rapport with coach Mike Yeo, Schenn, Schwartz, Parayko and defenceman Joel Edmundson from playing together with Canada at the world championships eases his transition. With the spring tournament filling the void of the post-season, he's eager to take part in the Stanley Cup playoffs for just the third time.

"There's nothing like playoff hockey," O'Reilly said. "It's what we all kind of dream of doing. Unfortunately, my career, I haven't done it enough. And I plan to come in and help this team get there, help this team win."