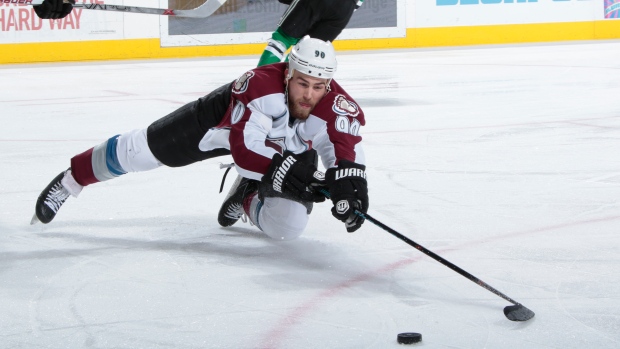 A lawyer appeared Thursday in a London, Ont., court on O’Reilly’s behalf. The star forward from Bluewater, Ont., did not appear.

A judge scheduled his next court date for Oct. 1.

Earlier this week, O’Reilly suggested to the Buffalo News that a resolution could be coming, saying "after this week it’ll be sorted out and I can comment more on it, but it’s an unfortunate situation."

O'Reilly was arrested and charged with impaired driving and failing to remain at the scene on July 9. Police say a green pick-up truck was driven into the side of a Tim Hortons in Lucan, Ont., a community north of London, around 4 a.m., before driving away.

"I'm not saying the outcome is set yet, but just to be in a situation like that and have it come out the way it’s been spun, it is unfortunate," O'Reilly told the News. "I know families and parents and kids, it's not a good message to send to them. Again, I do apologize and I will do what I can to make that up to them. I think that’s something I’ll be happy to put behind me."

O'Reilly was traded from the Colorado Avalanche to Buffalo in June along with forward Jamie McGinn for Mikhail Grigorenko, J.T. Compher, defenceman Nikita Zadorov and the 31st pick of June's NHL draft.

The Sabres signed O'Reilly to a seven-year contract extension on July 3 for US$52.5 million. He's due to make $6.2 million next season.

Last year with the Avalanche, O'Reilly scored 17 goals and added 38 assists in 82 games.