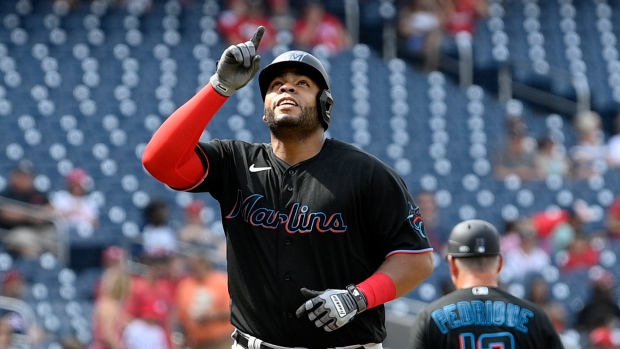 The Oakland Athletics appear poised to add some pop to their lineup.

It sounds as if Jesus Aguilar is set to sign with the A’s.

Aguilar, 32, split last season between the Miami Marlins and Baltimore Orioles. In a combined 129 games, the Maracay, Venezuela native batted .235 with 16 home runs, 51 runs batted in and an OPS of .661.

An All-Star in 2018 with the Milwaukee Brewers, Aguilar has appeared in a career 759 games over nine seasons with Cleveland, the Brewers, Tampa Bay Rays, Marlins and Orioles.