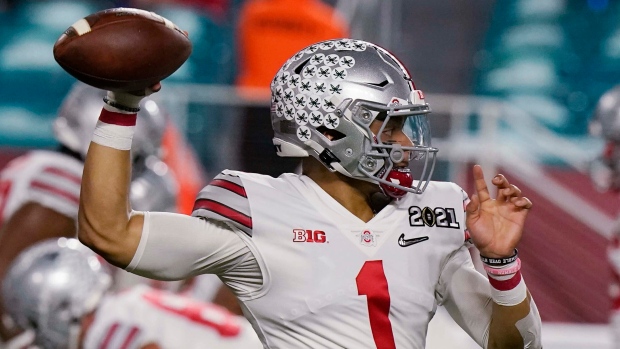 One of the first quarterbacks expected off the board at this spring's NFL Draft has made it official.

Fields, 21, just completed his junior year and led the Buckeyes to the College Football Playoffs National Championship Game where they ultimately fell to Alabama.

In eight games this season (including two CFP games), Fields threw for 2,100 yards on 158-for-221 passing with 22 touchdowns and six interceptions. The Kennesaw, GA native finished seventh in Heisman Trophy voting.

As a sophomore in 2019, his last full season, Fields finished third in Heisman voting after throwing for 3,273 yards and 41 TDs to only three picks.

Fields is expected to go early in the draft alongside other top QBs in Clemson's Trevor Lawrence, Zach Wilson of Brigham Young and North Dakota State's Trey Lance.