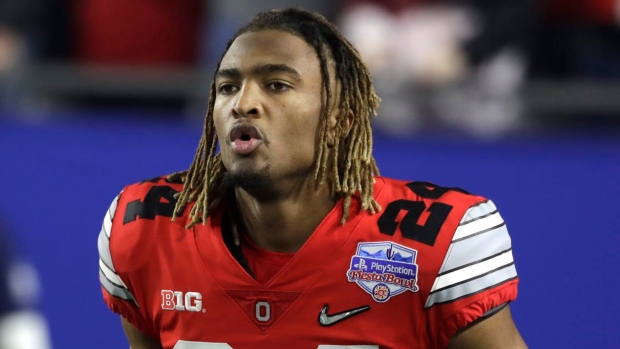 If Ohio State plays this season, Ryan Day's Buckeyes will be without one of its key pieces.

Defensive back Shaun Wade announced on Monday that he would be opting out of his senior year and declaring for the 2021 NFL Draft just as there appears to be momentum for the Big Ten to hold its season.

“This has been an extremely difficult decision to make, but I know it's the right decision for me,” the 21-year-old Wade said in a Twitter video. “In light of the COVID-19 pandemic and uncertainty surrounding our season, I have decided to forgo my remaining eligibility and officially declare for the 2021 NFL draft. I am forever grateful to Buckeye Nation and looking forward to the next chapter.”

Wade is widely expected to be one of the first cornerbacks off the board, alongside Alabama's Patrick Surtain III, and could be a top-10 pick next spring.

Wade's father, Randy Wade, had been a vocal proponent of the Big Ten launching its season after the decision was made to cancel fall sports last month amid the ongoing coronavirus (COVID-19) pandemic.

On Sunday, the presidents of the 14 conference schools met to consider a comprehensive plan to start its season, but no decision has been made as of yet.