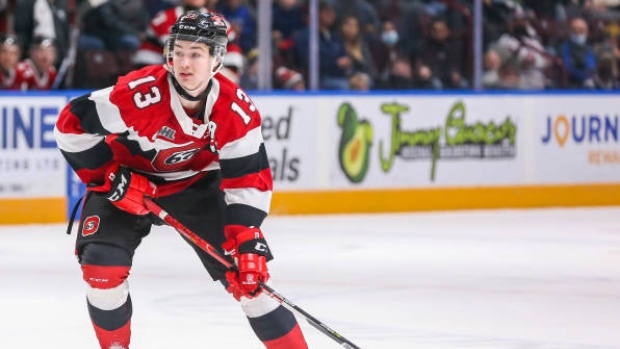 TORONTO — Dylan Robinson of the Ottawa 67's has been handed an eight-game suspension by the Ontario Hockey League for a check to the head.

Robinson received a five-minute major and game misconduct for the incident that occurred Nov. 19 against the Wolves in Sudbury.

The OHL department of player safety deemed the principle point of contact was to the head of an unsuspecting opponent, and the hit happened after the whistle.

The 19-year-old winger had already sat out a five-game suspension to start the season, stemming from an Oct. 23 incident in Kingston.

Robinson, who has six goals and four assists on the season, is eligible to return when the 67's host the Oshawa Generals on Dec. 10.

This report by The Canadian Press was first published Nov. 25, 2021.