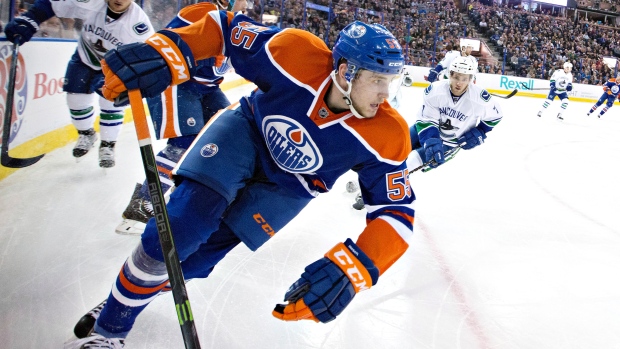 Draisaitl was sent back to his junior team, the WHL's Prince Albert Raiders on Sunday but did not report to the team as details of an impending trade were being worked out.

On Tuesday, the Raiders traded him to the Kelowna Rockets in exchange for forward Kris Schmidli, defenceman Dalton Yorke and three draft picks. Schmidli played for Switzerland at the World Junior Championship which delayed the deal.

"We know we have to be patient with these players and give him a chance to dominate again amongst his peers," said Oilers general manager Craig MacTavish.

The third overall pick played in 37 games with the Oilers this season, scoring two goals and adding seven assists. He also spent two games in the press box as a healthy scratch.

Draisaitl's assignment comes one day after Germany played their final game at the World Juniors. The Oilers opted not to loan Draisaitl to his country for the tournament.

By playing in more than 10 games this season, Draisaitl burned the first year of his entry level contract.

However, because the Oilers assigned Draisaitl before playing their 40th game of the season Tuesday against the New York Islanders, this season will not count toward unrestricted free agency.