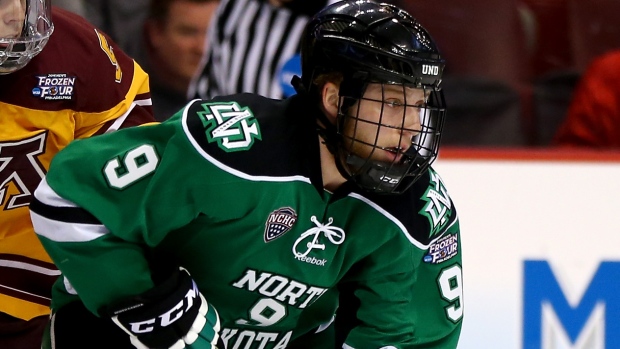 TSN Hockey Insider Bob McKenzie reported on Friday that the Vancouver Canucks, a team also believed to be in the hunt for Caggiula, were told that they had missed out on him and the Pickering, Ontario native has selected the Oilers.

Caggiula appeared in 39 games with the Fightning Hawks this season, posting 25 goals and 26 assists, 60 penalty minutes and a plus-46 rating. The 21-year-old led the team to the 2016 NCAA Frozen Four title as an assistant captain and also earned the tournament’s Most Outstanding Player award.

Caggiula ended the 2015-16 campaign with a 12-game point streak which included him registering a point in each game at the NCAA tournament, as well as two goals in the NCAA championship game.