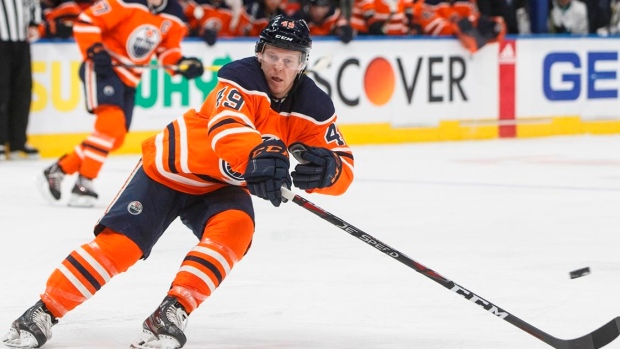 EDMONTON — The Edmonton Oilers have signed hometown prospect Tyler Benson to a one-year, two-way contract extension worth US$750,000 at the NHL level.

The 23-year-old forward was Edmonton's second-round pick (32nd overall) in the 2016 NHL draft.

He's tallied 141 points in 156 games with the Bakersfield Condors and was third in the AHL's scoring race last season.

The six-foot, 190-pound Benson made his NHL debut with Edmonton in February 2020, playing seven games with the top club that year and recording one assist.

He was born in Edmonton and grew up cheering for the Oilers.

This report by The Canadian Press was first published Aug. 11, 2021.