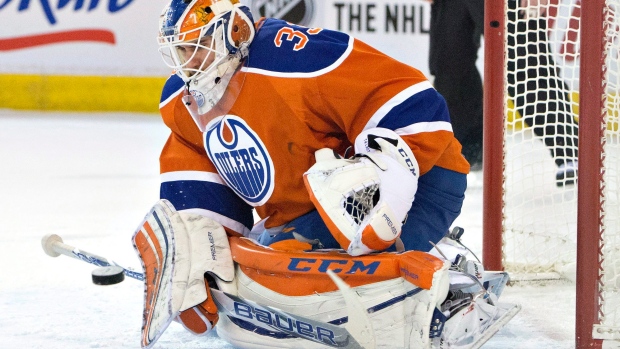 Talbot had a shutout, a goals-against average of 1.00 and a save percentage of .970 over the stretch. He made 31 saves in a 3-2 victory over the Carolina Hurricanes last Tuesday and stopped 34 shots in a 3-1 triumph over the St. Louis Blues two days later.

The 29-year-old native of Caledonia, Ont., capped the week with a 3-0 victory over the Winnipeg Jets in the Heritage Classic game on Sunday.

Anisimov had seven points in three games and Green had five points over four games.