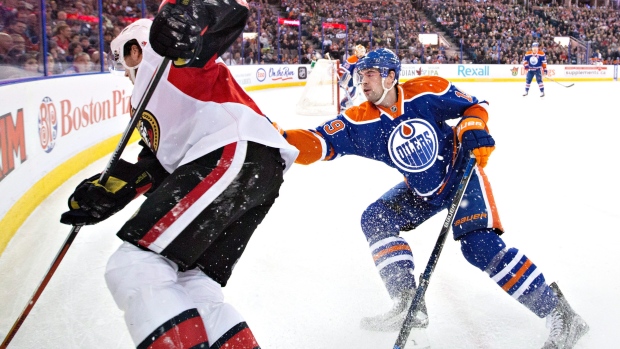 The Edmonton Oilers have traded defenceman Justin Schultz to the Pittsburgh Penguins for a third-round pick.

The trade ends Schultz's four-year run with the Oilers. Edmonton nabbed Schultz, a coveted prospect at the time, ahead of the 2012-13 season after Schultz failed to sign with the Anaheim Ducks, who drafted him in 2008.

Schultz has never lived up to expectations in Edmonton and has three goals and seven assists in 45 games for the Oilers this season.

The Kelowna, BC native is a pending restricted free agent. He signed a one-year, $3.9 million deal with the Oilers ahead of this season.