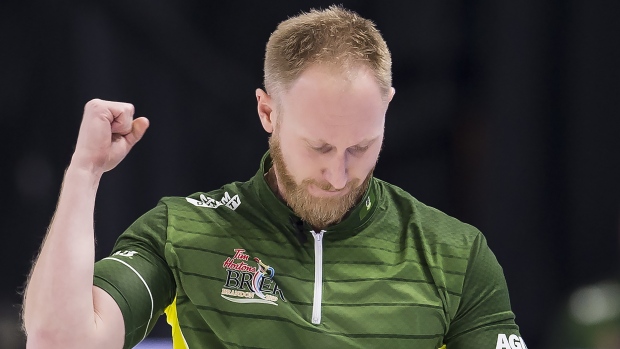 Jacobs, from Sault Ste. Marie, Ont., never led until the seventh end, but kept it close enough to make his move when the opportunity arrived.

Gushue, of St. John's, N.L., was up 4-2 in the seventh but left an opening for Jacobs, who scored three for his first lead of the draw. Jacobs added a single in the eighth to seal the win.

It was only the first loss at the tournament for Gushue, who went undefeated through round robin.

Hasselborg scored three apiece in the third and sixth ends for a 7-3 lead and held on from there to earn the win at the second Grand Slam of Curling event of the season.