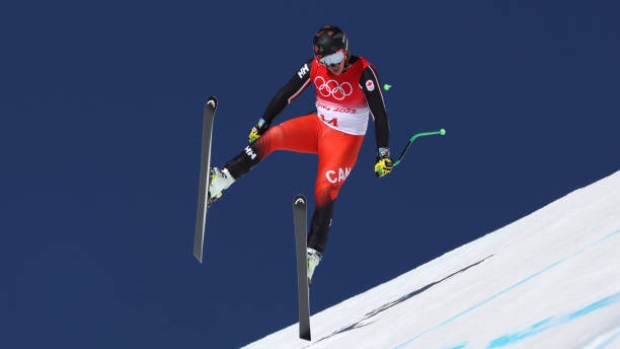 BEIJING — The Olympic men's downhill was postponed Sunday because of high winds at the venue.

No new date was immediately announced. The 11 a.m. race start was delayed three hours before it was called off.

The first women’s race — the giant slalom — is scheduled for Monday.

At the top of the speed course, known as The Rock, the wind gusted to 60 kilometres per hour Sunday.

The men's third and final training run Saturday was cancelled because of wind after three skiers went down the course, but the men got two training runs in earlier in the week.

No international racers had seen the course until Thursday's first training session. Pre-Olympics test events were scrapped because of the COVID-19 pandemic.

Thompson was third-fastest in the second training run and Crawford was fifth in the first. Crawford has a No. 2 start bib, Seger starts 26th and Thompson 28th.