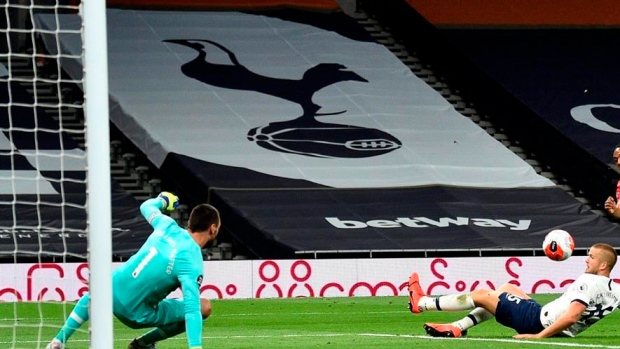 LONDON — The English League Cup match between Tottenham and Leyton Orient was cancelled two hours before kickoff on Tuesday because Orient players contracted the coronavirus.

“Discussions are ongoing between the relevant stakeholders in regards to the implications of the fixture not taking place,” the English Football League, which organizes the competition, said in a statement.

Orient, a London-based team in the fourth division, may have to forfeit the game if the club is deemed to be unable to fulfil the fixture.

Orient closed its stadium and training ground on Monday after reporting that "a number of our first-team squad” tested positive for the virus following checks on Saturday. The players in question were self-isolating.

Orient found out only on the day of the match that it was being cancelled following discussions with public health authorities.

The match was scheduled to be broadcast live on Sky Sports, meaning Orient could be deprived of TV money that would have been valuable to the club while it cannot have fans in its ground because of virus restrictions.

“Leyton Orient, the EFL and the relevant authorities are conducting a thorough review of the club’s COVID-19 secure procedures with the view to reopening the stadium and training ground as soon as possible,” the EFL said.