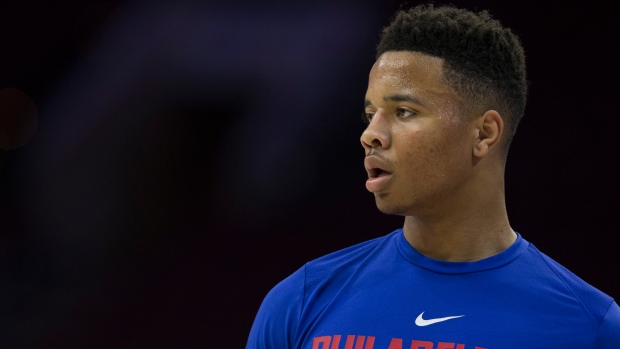 The Orlando Magic have exercised their option on former No. 1 overall pick Markelle Fultz through the 2020-21 season, the team announced.

According to Keith Smith of Yahoo Sports, the option year is for nearly $12.3 million.

Fultz, 21, has battled Thoracic Outlet Syndrome for the first two seasons of his career and was limited to just 19 games last season and 14 the year before. His last game came on Nov. 19 against the Phoenix Suns.

The injury has caused Fultz's shooting form to appear different than his college days, but videos emerging on social media this summer show his form closer to what it was in his time at Washington.

Through two seasons, Fultz is averaging 7.7 points per game and 3.4 assists.

Meanwhile, the Magic also announced that they have exercised their option on fellow youngsters Mo Bamba and Jonathan Isaac.