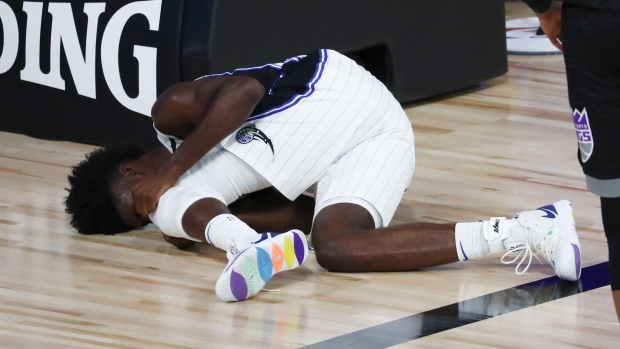 Jonathan Isaac's time with the Orlando Magic in the NBA restart is over not long after it began.

The team announced Isaac sustained a torn ACL in his left knee during Sunday's matchup with the Sacramento Kings. He will be out indefinitely.

Isaac was injured in the fourth quarter when he drove into the lane between two Kings defenders. Once he gathered his dribble on a hop-step, Isaac fell to the ground in obvious pain clutching his left knee and was taken off the court in a wheelchair.

It was his second game back since missing 31 contests after injuring his left knee in a Jan. 1 matchup with the Washington Wizards. He had four points and four rebounds prior to his departure Sunday.

The Magic will be back in action against the Indiana Pacers on Tuesday.