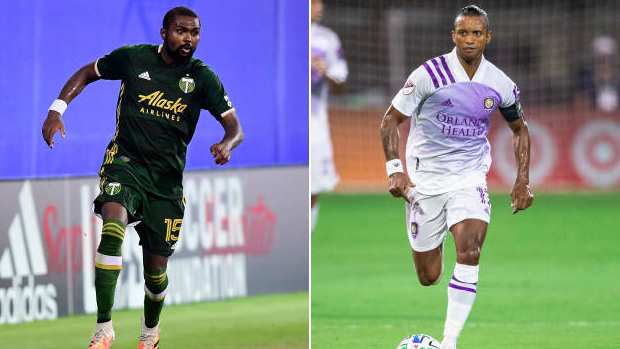 Orlando City and Portland will meet in the MLS is Back tournament finale Tuesday night, with the winner hoisting a trophy less than 24 hours before the league resumes its revised regular season in home markets.

It’s a strange situation, for sure, but given how the sports world unraveled and changed in 2020, it might just be a fitting end to an event that set a Guinness World Record for being the largest single-location soccer tournament. The World Cup-style format included 51 matches over 45 days at ESPN’s Wide World of Sports complex at Disney World.

The tournament nearly got derailed early, with Nashville and Dallas having to withdraw because of numerous positive COVID-19 tests, but there have been no coronavirus setbacks since. Just entertaining soccer.

Orlando and Portland emerged as the best of the bunch, both relying on staunch defence to get to the championship match.

“Defenders, sometimes, they don’t get the credit when you’re winning games,” said Orlando coach Oscar Pareja, whose team hasn’t allowed more than one goal in any tournament game. “Normally we focus on the spectacular part of the game, and that’s great. … If the team keeps defending in that manner, I think we’ll have a bigger chance to win.”

Orlando is a surprise finalist in its sixth MLS season with its fourth head coach. Pareja replaced James O’Connor after last year and has taken the Lions to new heights. Players have clearly defined roles in a scheme that plays out of the back and keep finding good results in close games.

Nani has been the offensive key. The 33-year-old Portuguese midfielder scored the winner in Orlando’s tournament opener and found the net twice in a 3-1 semifinal victory against Minnesota last week.

“You can’t say enough good things about him right now,” forward Chris Mueller said. “He’s been tremendous for all of us.”

Pareja pleaded with his players to treat the finale like any other match, knowing Portland has more experience. The Timbers won the MLS Cup in 2015 and were runners-up two years ago.

“That’s all you really can do, right, at this point,” Mueller said. “You don’t want to think about the external pressure that playing in a final brings along. … The harder we think about it and the harder we try to grasp it, the further it will get away from us.

“We need to focus on the process of doing what we do, of playing our game, of playing confidently and believing in each other because ultimately we know we have the quality and a good enough team to go out and win the game.”

Portland coach Giovanni Savarese downplayed whatever perceived advantages his team might have because of its MLS pedigree.

The championship will be short-lived, with FC Dallas and Nashville resuming the regular season Wednesday night.

The league’s 26 teams will play 18 games each, with many of those taking place in empty stadiums because of local regulations. Teams will be subject to rigorous testing protocols and will use charter flights or buses in hopes of reducing contact without outsiders.

It won't be as stringent as the MLS bubble that worked to perfection at Disney. But it could be a model for other leagues to follow.

“We understand that getting back to play is going to have some challenges," Major League Soccer CEO Don Garber. "We know that we might have issues that are going to disrupt us and might even force us to postpone games. We’re aware of the need to be flexible, we’re aware that we are entering a new normal for our industry.”