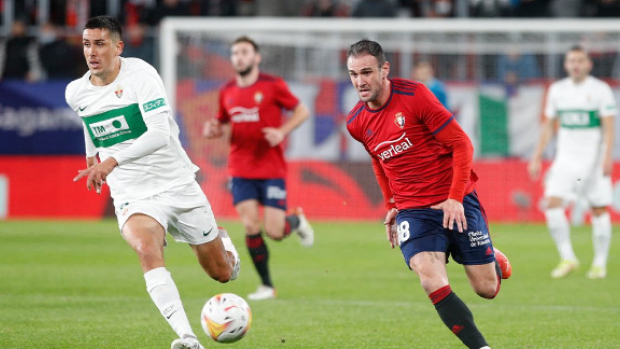 MADRID (AP) — Osasuna and Elche couldn't manage more than 1-1 in a match between teams enduring poor runs in the Spanish league on Monday.

Ante Budimir scored in the seventh minute for Osasuna, which was coming off three losses in a row.

Fidel Chaves equalized in the 19th for Elche, which stayed near the relegation zone.

Osasuna, sitting in 10th place, was one of the surprises in the beginning of the league with five wins in its first nine games. It hadn't scored in its last four matches.