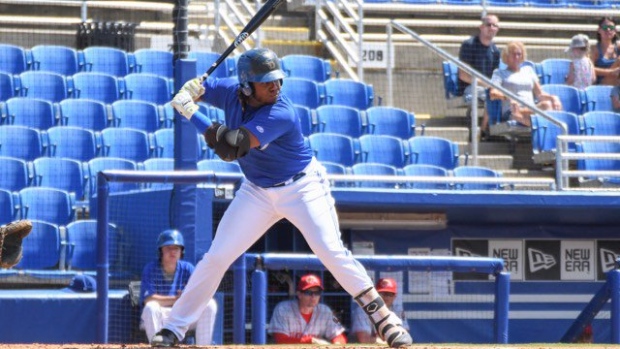 Both Osuna and Guerrero were transferred to the single-A team after playing for the Blue Jays' Gulf Coast League affiliate last week.

Osuna is currently on a rehab assignment as he serves a 75-game ban for violating Major League Baseball's domestic violence policy.

Guerrero, who has excelled at the double-A level this season, is resuming regular play after a five-week stint on the disabled list with a left knee injury.

Osuna, who made the start, had one strikeout and threw seven of his 11 pitches for strikes. Zach Logue took over in the second inning and threw seven frames of two-hit ball for the win.

Guerrero batted third in the lineup and had two hits, one run, and made an error at third base.

Osuna became eligible to begin playing in the Jays' minor-league system last Saturday. He can return to the big-league team on Aug. 5.

The 23-year-old reliever is facing an assault charge. His lawyer is expected to make a court appearance on Osuna's behalf on Aug. 1.

The big-league team will resume play Friday night against the Baltimore Orioles at Rogers Centre.