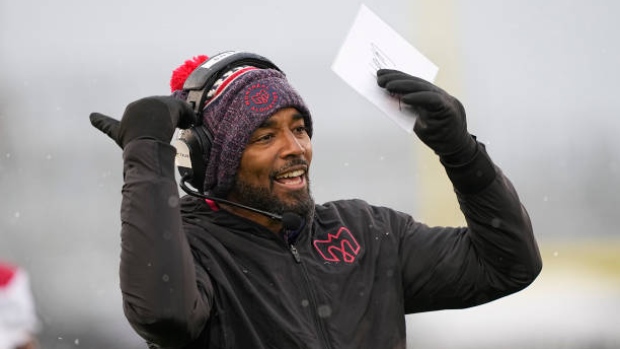 The Ottawa Redblacks have named Barron Miles as defensive coordinator for the 2023 season, the team announced on Monday.

We've named Barron Miles as our Defensive Coordinator for the 2023 @CFL season.

“I’m very happy to have Barron join our coaching staff for next season,” said Head Coach Bob Dyce. “Having worked with and against Barron in the past, I’ve seen how he builds great relationships and communicates his vision for success with his players. I believe we will all benefit from his high energy and direct coaching style.”

“I’ve been fortunate to have been in the CFL for over 20 years and meet people like Bob Dyce and Kahri Jones, two of the most intellectual, inspiring and energetic coaches I’ve had the opportunity to work with,” said Miles. “They are both quality family men and the kind of men I want to surround myself with, so I’m very excited to be coming to Ottawa to be part of the REDBLACKS.”

A six-time CFL All-Star, Miles was named the East Division’s Most Outstanding Rookie in 1998 and the league’s Most Outstanding Defensive Player in 2002. He is tied for second all time in interceptions (66) and holds the CFL record for blocked kicks. He was inducted to the Canadian Football Hall of Fame in 2018.