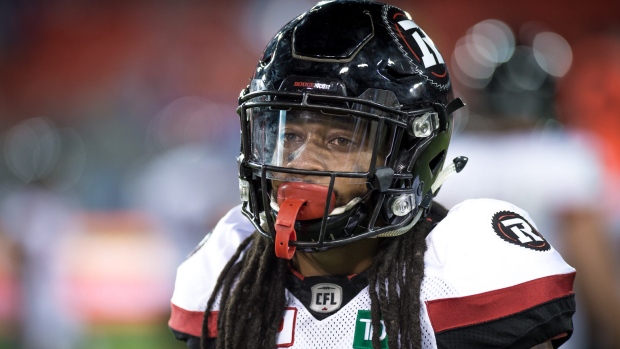 The Ottawa Redblacks announced Wednesday the team has signed defensive back Sherrod Baltimore and Canadian fullback Anthony Gosselin to contracts for the 2020 season.

Baltimore has spent the past three seasons with the Redblacks, and finished last year with 29 tackles in 16 games. The 27-year-old has 91 tackles and two interceptions in 42 career regular season games in the CFL.

“It feels good to be back in Ottawa where I belong. Everyone in Canada knows I want to be here,” Baltimore said in a team release. “We have some unfinished business to take care of and I can’t wait to get back on the field in front of the best fans in the CFL and compete for a Grey Cup with my brothers.”

Gosselin has also been with the Redblacks for the past three seasons. The Sherbrooke product played in 15 games last season, recording three receptions for 15 yards. Gosselin, 27, was drafted by the Redblacks in the second round in 2017.