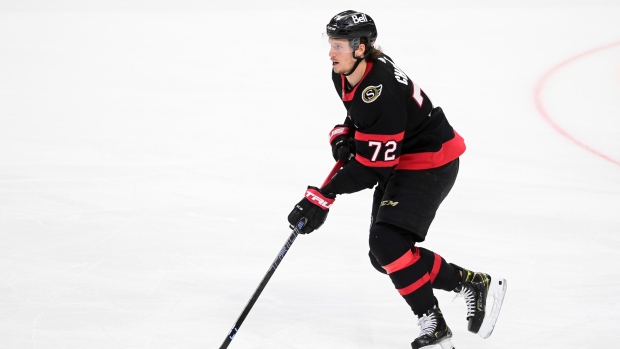 Injury update: #Sens defenceman Thomas Chabot has sustained an upper-body injury and will not return to tonight’s game vs. @NHLJets.

Chabot took a hard hit from Jets defenceman Logan Stanley behind the net and skated off the ice in discomfort.

He played 2:57 in the opening period before leaving the game with the injury.

After the game, Senators head coach D.J. Smith said they would evaluate Chabot's condition on Tuesday, but did not expect the injury to be too serious.

"We’ll see in the morning how he is, obviously he couldn’t return and he’s a tough kid," said Smith.  "We don’t expect that it’s anything really bad, but we’re certainly not going to put him in harms way either with a short runway here left."

The 24-year-old has appeared in 49 games this season for the Senators and posted six goals with 25 assists.