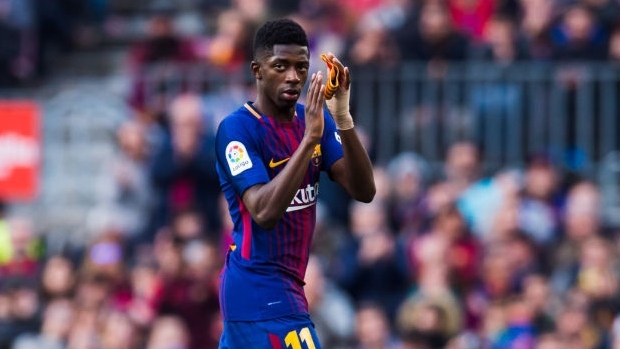 Barcelona has told the 24-year-old France forward to find a new club during the current transfer window.

His current deal expires in June and the team says that Dembele has repeatedly turned down new offers.

"It seems obvious that the player does not want to continue at Barca," Mateu Alemany, the club's director of football, said on Thursday.

The Vernon native signed for Barca in 2017 in a £135.5 million move from Borussia Dortmund, but injuries have hindered his progress at the club. In his five seasons at Barca, Dembele has only made 87 league appearances.

"We've talked, we've talked, we've talked," Alemany continued. "Barca has made different offers. We've tried to find a way for the player to continue with us but these offers have been systematically rejected by his agents. In this scenario he and his agents have been informed that he must leave immediately because we want players committed to this project and therefore we hope that a transfer will take place before January 31."

Internationally, Dembele has been capped 27 times by Les Bleus and was a member of their 2018 World Cup-winning squad.

Dembele has been linked to Manchester United, Newcastle and Liverpool in recent weeks.