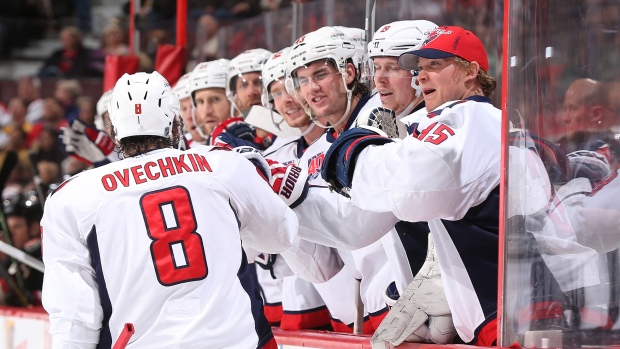 OTTAWA - Frustration is setting in for the Ottawa Senators and it's not a comfortable feeling.

The Senators (20-21-9) were unable to hold on to a lead and were forced to settle for a 2-1 loss to the Washington Capitals Thursday night.

"It's such a fine line between good teams and average teams in this league and it's just how consistent can you do things every shift, every game," said Ottawa goaltender Robin Lehner. "We're not doing it every shift so small details are hurting us."

Alex Ovechkin's second-period goal held up as the winner.

Evgeny Kuznetsov also scored for the Capitals (27-15-10) as Braden Holtby picked up his 25th win of the season by stopping 25 shots.

Trailing 2-1 to start the third period, the Senators did their best to score the equalizer but just couldn't find a way to beat Holtby. Ottawa had three power-play opportunities in the third and were unable to capitalize on any of them.

"We had some great looks and the puck wouldn't go in for us," said Senators captain Erik Karlsson. "We need to score goals on the power play. That's one of the things that we've been struggling with."

Special teams have been instrumental for the Capitals of late and once again made the difference.

"You never want to be shorthanded that much," said Washington's Brooks Orpik. "We got some good blocks from guys and some really good reads when they tried to go through the box with some seam passes. Thought we were real sharp on it."

There was little excitement for the 16,543 on hand at Canadian Tire Centre in a scoreless first period, but Ovechkin made an impact early in the second as he drove Karlsson into the boards.

Ottawa took exception to the play and it resulted in Bobby Ryan and Ovechkin each taking roughing minors.

Following the game Karlsson said it was "a fast play, not a dirty play. It just happened."

Turris opened the scoring midway through the second as Ottawa was rewarded for some solid work down low. Turris took a pass from Mark Stone and went on to beat Holtby with a shot under the crossbar. It was Turris' first goal since January 4, but it meant little considering the loss.

The lead was short lived as the Capitals scored two unanswered goals 49 seconds apart. Kuznetsov tied the game jumping on a rebound and right after Ovechkin hit the puck out of mid-air to beat Lehner.

"It's really frustrating," said Turris. "We talk about it, we practice things, but we just make the same mistakes. I feel like we're working hard, we're trying to do the right things, but for that three, four, five minute lapse it just seems like we let it get away from us."

Thursday's game was a milestone for defenceman Chris Phillips, who set the franchise record by playing in his 1,179th game to surpass Daniel Alfredsson. Alfredsson and former teammate Wade Redden were on hand for the occasion.

"It was a great day, a great couple of days leading up to it," said Phillips. "It would have definitely been a little sweeter with a victory tonight."