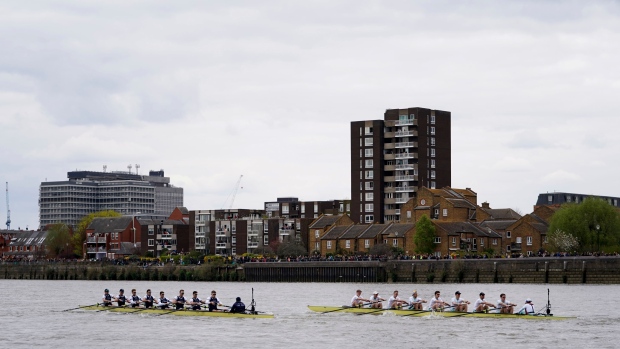 LONDON (AP-CP) — Oxford brought an end to Cambridge’s recent supremacy in the men's Boat Race between England’s two leading universities as one of the country's oldest sporting events made its return to the River Thames on Sunday.

Oxford halted its rival's run of three straight wins in the men's race to give long-serving chief coach Sean Bowden a 13th success in his 25th year in the role.

British-Canadian Ollie Parish, whose mother Zoe is originally from Toronto, was in the Cambridge boat.

It was the first Boat Race held over the 4.2-mile (6.8-kilometre) stretch of the River Thames in southwest London since 2019 because of the pandemic. The 2020 race was cancelled and the 2021 edition event took place on the Great Ouse in Ely, without fans, because of coronavirus restrictions.

In the women's race, staged on the same course, Cambridge won for the fifth straight time and in a record time of 18 minutes, 22.9 seconds.