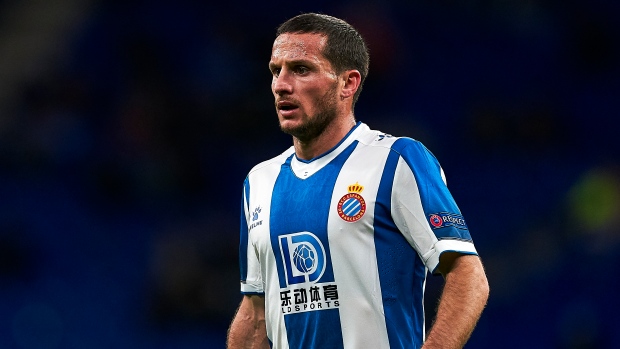 Pablo Piatti partied in the south end of BMO Field before it was a tradition.

It was the summer of 2007. Toronto FC was just four months old and on the third Sunday in July lost 2-0 in Columbus while their stadium was being used to host the FIFA Under 20 World Cup final.

The Argentine winger was only 18 at the time, the youngest outfield player in the squad, but was part of a group that included the likes of Sergio Aguero, Angel Di Maria and Maxi Moralez that would be crowned FIFA Under 20 World Cup champions that day after an 85th-minute winner by Mauro Zarate.

As the final whistle blew to end a game they came from behind to win 2-1 against Czech Republic, the young South Americans, led by Aguero and Ever Banega, congregated around the goal into which they had scored two second-half goals to celebrate the championship.

The newest Toronto FC designated player can’t help but smile when he looks back at the tournament, which was held across Canada.

“I was very small with long hair,” he jokes. “I have a lot of great memories from that tournament with good players. It was so special to play in the national team with them. Every time I look back I remember strongly the first game I played, walking into the locker room and seeing my last name on the back of the Argentina jersey was very emotional for me. It was a very special tournament to win and celebrate with so many talented players.”

Like Moralez, who is now with New York City FC, Piatti’s football journey has brought him to Major League Soccer. Although there was no drum and no celebrations by Toronto FC back in 2007, he is fully aware of the tradition now and the winning mentality engrained in his new club.

“That was one of the reasons I made the decision to move here,” he said. “It’s a club with a winning mentality that wants to win trophies and I could feel that when I got here, and we go to Orlando to win the [MLS is Back] tournament as our main objective."

Piatti arrives in Florida with a smile on his face, despite having to leave his family behind. He admits he cannot wait to play a game, having not taken part in a competitive match since Dec. 12 for Espanyol against CSKA Moscow in Europa League play. It has been 17 months since he last played 90 minutes in any game.

“The break has been good for me to work on my recovery as I had time on my side,” said the 31-year-old who ruptured his cruciate ligament back in February 2019 and strained his hamstring in February training with his new club.

His injury record led some to believe the signing of Piatti was a risky one for Toronto FC, but it allowed the club to get a talented player on a below-market, one-year deal. Although there is an option to extend the relationship beyond 2020, you get the feeling that Piatti is more than comfortable betting on himself this season inside the club.

Piatti arrives from Spain where he played 12 seasons for Almeria, Valencia and Espanyol in an era when technically La Liga was developing and producing the best players in the world.

The Argentine played more than 350 matches across all competitions, including the UEFA Champions League, under a number of different managers such as Ernesto Valverde, Unai Emery, Mauricio Pellegrino and Nuno Espirito Santo.

Although it was an environment that saw coaches come and go quickly, it was one players couldn’t help but learn a lot in. Piatti has a charming way of putting a positive into a lot of discussions and admits he took bits from all of the managers he worked under. But there is no doubt who is favourite was.

“That would be Juan Manual Lillo, coach at Almeria. He impacted my career the most as a player and person, helping me so much to take the concepts he taught me and then expressing myself with them on the field as a better all-around player,” said Piatti.

It is this answer that tells us a lot more about the newest Toronto FC man. When you look for a list of admirers of Lillo, it starts with arguably the world’s best coach in Pep Guardiola, who never forgot how Lillo’s Oviedo played against him and Barcelona back in 1996 and has been an inspiration to the Manchester City boss ever since. Guardiola played for Lillo at the end of his career in Mexico, and last month appointed him as his newest assistant coach at City.

Lillo was also brought to Vissel Kobe in Japan by Andres Iniesta. He is a coach who has always had the courage to attack emphasizing movement and space while working on pressing quickly to win the ball back.

Similar to what former Toronto FC fan-favourite Victor Vazquez brought from his time under Guardiola at Barcelona, it is clear Piatti’s background and football intelligence will benefit his new club.

Toronto FC Head Coach Greg Vanney feels now they are seeing the real Piatti: “The rhythm and flow to his game is there. He has now settled in and found the right relationships to develop on the field and you can see the awareness, patience that comes with his game. He processes things very quickly."

Piatti is a player who has seen it all in Spain. Many of the stories about him have focused on the games he has missed through injury, but on the pitch he is a dynamic, quick wide player who has scored against the likes of Barcelona and Real Madrid and played with and against some of the world’s best.

When asked about his favourite teammates, Piatti’s answer also gives us more insight into the winger. He picks two former Valencia left backs, knowing full well how important combination play can be to create overlaps in wide areas.

“Playing with great players is amazing. It makes it easier for me. I would choose a combination like a robot that would be the technique of Juan Bernat [now with Paris Saint Germain] and the vision and intelligence of Barcelona’s Jordi Alba – that’s the best mix I can come up with them in a player. I am so thankful and grateful to play with them both and they impacted my career a lot.”

Interestingly, Piatti may not be seen as often on the left side for Toronto as he was while playing in Spain.

“We are trying to implement new and different ways and I have been training a lot playing on the right side, cutting in to get more into positions to score goals,” he said. “I do have a little bit of experience in that before and I want to go to Orlando to show what I can do, but I do want to gain confidence in it.”

“We do feel like we have found the best position for him,” hints Vanney.

Much of how Toronto FC look tactically will focus on the position of another designated player, Spaniard Alejandro Pozuelo, who Piatti has played against a number of times in the past, including a Copa del Rey cup tie Piatti remembers as “crazy” that ended 4-4 back in 2014.

“Alejandro is completely different now to the player we saw in Spain,” Piatti said. “He has matured a lot in the way he plays – specifically with the last pass, scoring goals and making it easier for players to play with him, for example. He always had the qualities and playing with him now is an advantage. He makes it easier for us to enjoy the game.”

The word enjoy tends to come up often when Piatti talks about the game he loves. He admits he still lies awake thinking of difficult moments in his career, wondering what he could have done better. Although the internal drive and motivation is there, it is expressed in a relaxed, happy way in training and his new teammates say they have enjoyed having a humble extrovert in the group.

The only thing left for Piatti is to get back playing competitive minutes and hoping he can begin a long relationship with a club that can lead to more parties in the south end of BMO Field.​