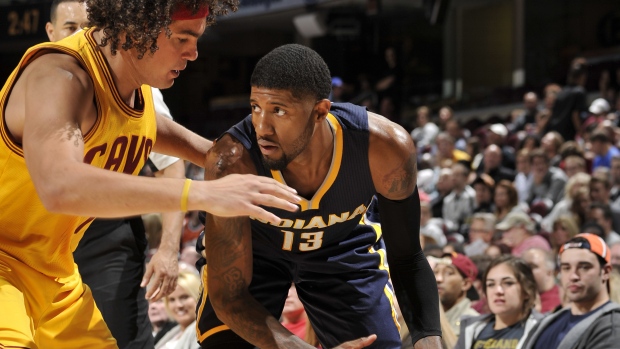 CLEVELAND - Paul George scored 17 points and the Indiana Pacers kept the Cleveland Cavaliers winless in the preseason with a 107-85 victory on Thursday night.

Cleveland (0-5) played without LeBron James, who sat out for the second straight game. Coach David Blatt said James might not play for the remainder of the preseason as the team tries to limit the four-time MVP's minutes going into the Oct. 27 opener at Chicago.

STAR WATCH: Kevin Love, who dislocated his left shoulder in the first round of last season's playoffs, could return Sunday in Toronto.

KEEP ME IN, COACH: Pacers coach Frank Vogel said George has been full-go throughout training camp after missing most of last season with a broken leg. "I've given him opportunities to take time off and his response is, 'I kind of had the whole year off last year. I like being in there,'" Vogel said.

UP NEXT: Indiana visits Chicago on Tuesday. Cleveland plays at Toronto on Sunday.