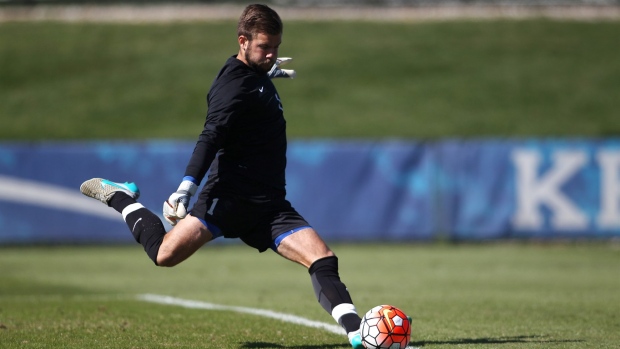 The 26-year-old from Vancouver joins the Canadian Premier League team from the now-defunct Ottawa Fury where, in 2017, he played every minute in 36 matches for the USL Championship side.

Prior to that, Irving was with the Rio Grande Valley Toros, another USL Championship side.

"Callum has been an excellent technical keeper in the United Soccer League for many years,” Pacific head coach Pa-Modou Kah said in a statement. "“We are pleased to welcome him to the Pacific family. He is a great addition to the team."

A product of the Vancouver Whitecaps FC residency program and the University of Kentucky, Irving has endured his share of ups and downs.

The Whitecaps ultimately elected not to offer him a homegrown player contract. And he struggled in his first year at Kentucky, earning and then losing the starting job.

The six-foot-one 'keeper ended up playing four years at Kentucky, where he was a two-time NSCAA all-American and two-time Conference USA Player of the Year. He finished his Kentucky career with school records in shutouts (27) and goals-against average (0.86).

Irving's addition brings the Pacific roster to 15 ahead of the March 1 start of pre-season. The roster includes Canadian goalkeeper Nolan Wirth, a Vancouver Island native who made 12 appearances last year.

Pacific released 'keeper Mark Village, who made 17 appearances in 2019, after last season.