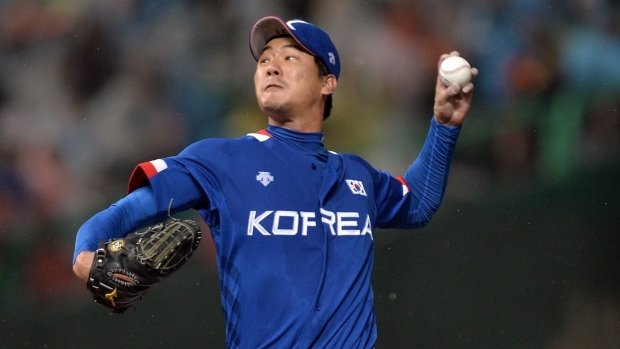 NEW YORK — Two 31-year-old players from the South Korean League have been posted by their clubs and made available to major league teams.

Negotiations may start Friday with left-hander Kwang-Hyun Kim of the SK Wyverns and outfielder Jae-Hwan Kim of the Doosan Bears, the commissioner's said Thursday. A deal must be reached by Jan. 5 at 5 p.m.

An MLB team would pay a South Korean club a fee of 20% of guaranteed money in a major league contract through $25 million, plus 17.5% above that through $50 million, plus 15% over that. A supplemental fee would equal 15% of any earned bonuses, escalators and compensation from option years that are exercised or become guaranteed.