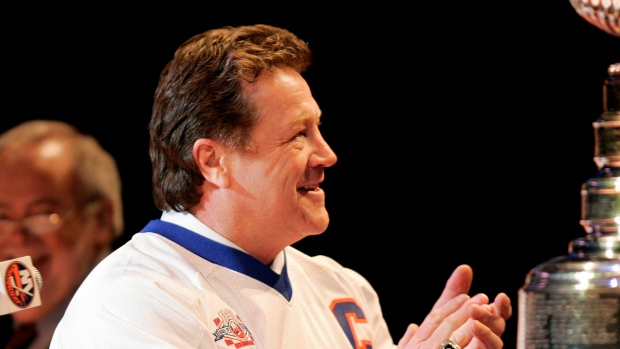 Florida Panthers broadcaster and Hockey Hall of Famer Denis Potvin issued an apology on Wednesday for his comments at the conclusion of Monday night's broadcast of the Panthers' 3-2 overtime loss to the Vancouver Canucks.

After Daniel Sedin's winner, the Canucks forward skated towards and appeared to stare down the Panthers' bench before a lengthy scrum broke out between the two teams.

Potvin called Sedin a "low life" and, after Sedin and his brother, Henrik, began to point fingers towards Panthers players, said, "Normally they only use those fingers to lick the peanut butter off of their bread.”

"My choice of words at the conclusion of the Vancouver game on Monday should have been more appropriate," the three-time Norris Trophy winner said in the statement. "In the passion of the moment and under the circumstances of how the game ended, they came out wrong. For that I'm going to extend my sincere apologies to Daniel Sedin, Trevor Linden and the Canucks organization."

The loss put an end to the Panthers' franchise-best 12-game winning streak.

Potvin won the Stanley Cup four times as a member of the New York Islanders. This is Potvin's first year back on Panthers' broadcasts after four seasons with the Ottawa Senators' broadcast team. He had been the colour analyst for the Panthers from their inception in 1993 until 2009.