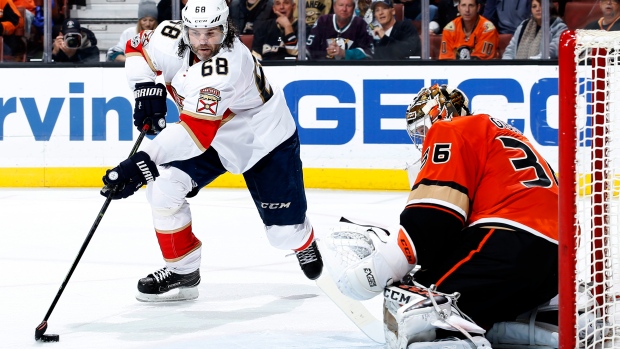 The Florida Panthers and veteran forward Jaromir Jagr have been talking since the end of the season and are supposed to speak again this week about a new contract, according to TSN Hockey Insider Pierre LeBrun.

LeBrun mentions that the Panthers would likely wait until after the Las Vegas Golden Knights' expansion draft due to protection list reasons.

There remains ongoing dialogue between Jaromir Jagr's camp and the Florida Panthers. Slated to chat again this week. (con't)

Obviously from a Panthers' perspective, makes total sense to wait until after the expansion draft to sign Jagr for protection list reasons

Whether or not the Panthers ultimately agree to a deal with Jagr, time will tell...

Vegas can sign any UFA in the NHL during this period as well as unprotected RFAs. Would count as Vegas' expansion draft pick from that team

The 26-year NHL veteran has said in the past that he could see himself playing until he was 50.

Florida took a step back last season, finishing with a record of 35-36-11.