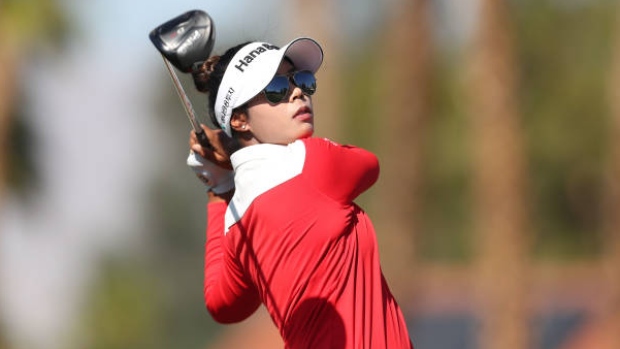 SINGAPORE (AP) — Patty Tavatanakit shot a 5-under 67 on Thursday to take a one-stroke lead after the first round of the HSBC Women's World Championship, which includes nine of the top 10 female golfers.

Danielle Kang was tied for the lead before bogeying her final hole. She was tied for second with Inbee Park and A Lim Kim.

Top-ranked Jin Young Ko, Lydia Ko and Brooke Henderson of Smiths Falls, Ont., were among those tied for third, two strokes behind, after 69s.

“I feel like everything was pretty solid,” said Tavatanakit, who tied for third in her tournament debut last year. “Couple of shots here and there. But overall, I’m really happy with how I played.”

“This golf course is not overly long, and that really gives me some good advantage of playing with the long hitters,” said Park, a seven-time major champion. “The course is playing really good for me. It has over the years.”

Jin Young Ko was playing her first tournament in three months. Ahead of the tournament, Ko said she thought the break wasn't quite long enough.

“It was pretty short to me," Ko said. “I went back to Korea and spent time with my family and friends and my dog as well. And I watched Netflix in my bed with potato chips."

Ko’s streak of consecutive greens in regulation ended when she missed the green at No. 4, her first miss in 67 holes.