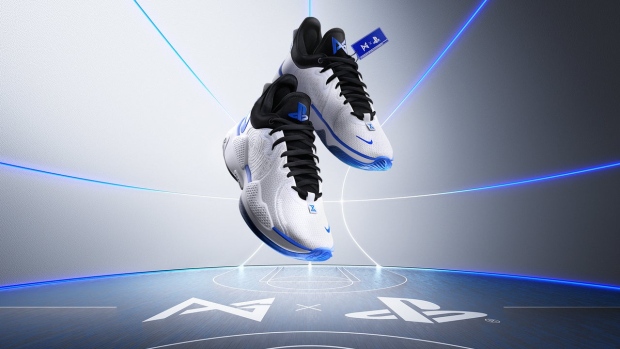 Paul George arrived for Tuesday's game against the Toronto Raptors with an early look at the latest PlayStation-inspired colourway of his Nike PG5 sneaker.

The ‘Playstation’ PG5s feature a mostly minimal white, black and blue upper, similar to the design of the console, while PlayStation and PS5 logos adorn the shoe on the tongue and midsole. PS5 designer Yujin Morisawa was involved in the design of the sneaker.

This isn’t the first collaboration between George’s Nike line and PlayStation, as previous PG sneakers such as the PG2.5 have also had PlayStation colourways of their own. George, an avid gamer, has streamed games such as Call of Duty: Warzone and NBA 2K on Twitch.

The PlayStation PG5 drops in North America on May 27th for US$120.