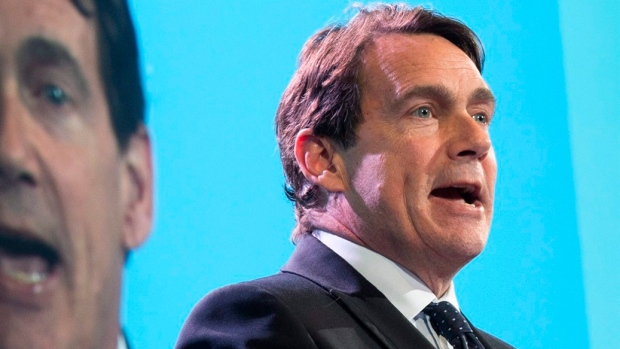 RIMOUSKI, Que. - It is not necessary to spend taxpayer money on bringing an NHL team back to Quebec City, Parti Quebecois Leader and controlling shareholder of Quebecor Inc., Pierre Karl Peladeau, said Wednesday.

The Caisse de depot et placement du Quebec, the province's pension fund manager, however, could invest in a future team, said Peladeau, whose company officially submitted a bid in July for an NHL expansion franchise.

"If the Caisse is asked and it considers that it could be a good thing, then it'll be up to the fund's managers to decide," Peladeau told reporters in Rimouski, Que. "It's not me who will make the decision."

Las Vegas and Quebec City were the only expansion applicants to have their bids accepted by the NHL earlier this year. Both advanced to the third formal stage to land NHL expansion franchises.

Peladeau added Wednesday that the investment fund tied to the province's largest labour federation could also be a potential investor in bringing back an NHL team.

A Quebecor spokesman confirmed Wednesday the company hasn't solicited the Quebec government for help in financing a future team.

"We have had no discussion with government representatives regarding the NHL expansion process," said Martin Tremblay.

"Quebecor is the only promoter in the application for NHL candidacy," he said.